What is meant by the Old Ways?

When we speak of the Old Ways, we are referring to the innate spirituality of human beings across cultures, from the beginning of time up until the industrialization of our modern era. It holds all of nature in reverence. It calls the earth Mother, and the sun or sky, Father. Indigenous cultures throughout the world shared a surprisingly common creation story despite their separation by continents – and without any means of communicating, or even knowing of the others’ existence. The story goes something like this:

In “the time before Time,” all beings lived together in harmony. They spoke an unspoken language and understood each other’s hearts and souls. In the words of Chief John Snow, Nakoda elder, “We talked to the rocks, the streams, the trees, the plants, the herbs and all nature’s creations. We called the animals our brothers. They understood our language; we understood theirs. Sometimes they talked to us in dreams and visions. At times they revealed important events or visited us on our vision quests to the mountain tops.”

The interplay between the spiritual world and the material world was a common daily awareness. However, as time passed, humans lost their way. They lost connection with the imagining and intuiting functions of their spiritual nature and could no longer speak the language of Spirit. The more they relied on their physical senses alone, the more separated they became from their inner direction. They fell out of harmony and balance. They invented weapons and began killing and eating animals, birds and fish. Later, they even began killing each other. And so the story goes. Each culture has its own details and characters.

There are a few aboriginal tribes, however, who have resisted becoming “civilized” to this day and still live according to the Old Ways. They are known for their uncanny ability to “know” and prepare for events that they have not read or heard about. 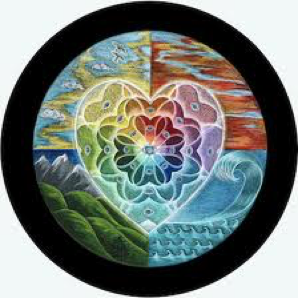 While this type of knowledge is not typically brought into play in today’s busy lifestyle, it IS still part of our make-up, and we can avail ourselves of its benefits. The Old Ways offer methods for developing the spiritual side of our intrinsic nature – the means to know and understand who we truly are, our best options and actions to take, and how we can contribute to good of all. In many indigenous cultures, this is called Medicine.

Medicine is the power to heal and strengthen the body, mind, heart and soul. That Medicine may be a physical substance, like herbs; a non-substantive agent, like music; or something with both qualities, like touch. Anything that eases the mind or body . . . anything that uplifts the heart and soul . . . that’s Medicine. The means for developing your Medicine is also Medicine. In addition, each being (animal, plant, mineral) has its own special Medicine, a quality or gift that is unique. And you have your own Medicine. Your Medicine is whatever gifts and talents you possess for contributing to that beauty.

The Medicine the Old Ways

There are age-old traditional prayers, songs, practices and ceremonies that have been done in the same way, for the same reasons and commemorations, for incalculable generations. These practices and ceremonies are commonly called the Medicine of the Old Ways. They include ways of praying, meditating, honoring Mother Earth and Father Sky, Moon ceremonies, feast days, sacred songs, pilgrimages and vision quests, to name just a few. There are also prescribed task for rites of passage, as well as practices for clearing and purging oneself. They are tried and true, and still have a potent impact to this day.

Any medicine, be it spiritual or pharmaceutical, has to meet the challenges of a changing world. It must stay abreast of the needs of the people facing new demands. The Medicine of the Old Ways shapeshifts effortlessly to accommodate the needs of the current times. However, that is not what makes it “new,” as that is a quality of the “old” Medicine.

The New Medicine of the Old Ways 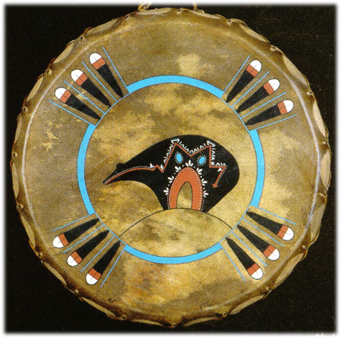 The New Medicine of the Old Ways is a term I coined to address the contemporary direction of the latest surge of interest in the Old Ways. Many seers of Native American (and other) Medicine people foretold of the day when the knowledge that had been kept secret and protected for so long should be shared with the white man. Although many indigenous people do not believe they should do that, many others began sharing a few decades ago, believing in complying with the prophecies.

Because of the widespread dissemination of ancient traditional practices across cultural lines at this time, people who have not been brought up in a discreet lineage are prone to mixing and mat

ching the practices from separate traditions. While I can understand how some perceive this to be a misappropriation and watering down of ancient wisdom (and to a certain extent I have to agree), I also see that every generation has a similar complaint about the upcoming generation, even within their own culture.

The best analogy I can come up with (and it may, or may not, be a very good one) is to liken it to adapting a foreign country’s cuisine to one’s own. The taste is not exactly like the country of origin’s typical palate, nor is it like the customary taste of the adopting country’s food.

However, if the persons eating it have an open attitude to something new, both sides will find the adventure stimulating, the taste fresh and the experience rewarding.

There is another difference. The Old Ways require the shaman, priest/priestess, Medicine man or woman, etc. to do all the work on behalf of the person who asks for help. It is my belief that we have reached a time in our evolution where it is not just “special” people who have the power to maneuver in higher realms. I recognize that we have grown enough that Spirit is asking us to assume a more active role in the goings on of everyday life. We’ve been given a promotion, if you will. We’re faced with a new responsibility to step up and be part of the team.

The way I practice the New Medicine is to bring you up to speed on the skills you need for the new position you are wanting to hold in your life. Rather than perform ceremonies for you, I help you conceive your own “ceremonies,” your own new beneficial ways of thinking, new habits, etc. And, most especially, I help you deepen and strengthen your own connection with Spirit and the profound assistance that connection affords you.

I believe the New Medicine of the Old Ways is true to the traditional values of honoring Mother Earth, Father Sky and all living beings. I believe it respects and requires the custom of grounding, centering and clearing oneself to connect with Spirit with a calm mind and open heart. I believe that ancient practices, carried out in their traditional ways, are powerful and have a place in the New Medicine. And I also believe that all the wisdom from all the teachers – if practiced with commitment over a long period – can come together in a new way. It will go straight to the heart and soul of a present-day seeker to touch her and change him in deep and positive ways. The New Medicine takes substance and meaning from the Old Ways and respectfully makes something fresh, stimulating, profound and meaningful for the person journeying in these current times.