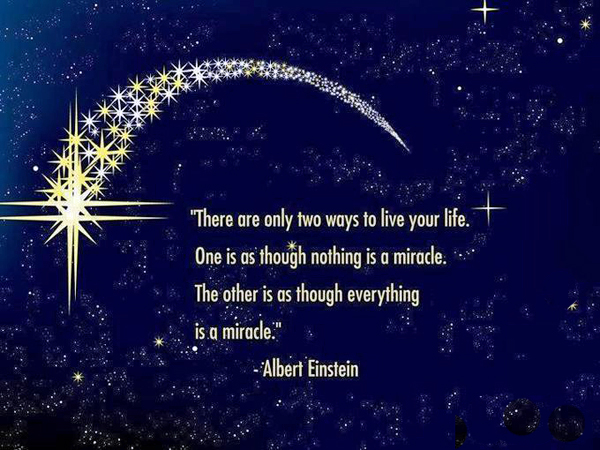 NOTHING IS AS IT APPEARS TO BE

Distance Healing verifies three things I’ve learned in my time on this planet:

Distance Healing really works. Physicists have explained to us that time does not exist. It is just a human construct we use to organize experience and catalog existence so we can quantify, confirm, and remember it. Einstein did not believe in time. He believed in timelessness, and that all of time – past, present, future – exists at once. He did not acknowledge the concept of now. The way he put it was “The reason for time is so that everything doesn’t happen at once. Time is an illusion.” So, all moments are equally real and equally accessible at any time . . . if we know how.

There are infinite ways to communicate, some better than others.  Today the average person will say 17,520 words to 7.4 other individuals. But, simply change the language, one foreigner to the next, and we are hopeless, stumbling to explain the simplest of concepts. Einstein said “I rarely think in words at all.” He said “I never made any of my discoveries through the process of logical thinking.”

I’m going to quote Einstein a lot in this blog because Distance Healing requires a different language . . . one that is similar to the language of quantum physics, although not in its mathematical form. ?

I love Einstein. I once read that he said he discovered space was curved by imagining traveling on a shooting star. Wow! I love that. He said it took him many years to prove it scientifically, but he never doubted his imagination – his “experience.”

Distance Healing is like that – you might not be able to prove it scientifically, but you cannot deny your experience of it. In this world, we live by the dominant paradigm that holds: things are separated by distance, and time moves in only one direction – forward. The experience of our physical reality is that time and space are real and fixed. And this perception works well for keeping us grounded and able to go about our daily activities. It’s a good thing. 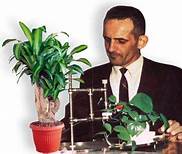 But it’s not the only paradigm! And clinging to it, as if it were, limits our understanding and experience of our complete being, our whole presence. I remember reading The Secret Life of Plants by Peter Thompkins & Christopher Bird over 40 years ago, when it first came out, and I still remember two of the experiments that blew my mind.

They used an apparatus that functioned in a similar way as a lie detector to attach sensors to plants and measure their responses to various stimuli. One time, they split a leaf in two, kept both parts alive, sent one piece to Europe and kept the other in America. When they applied a particular stimulus to one of the piece, the other reacted simultaneously . . . from thousands of miles away!

Another time, Thompkins was driving and thinking about what experiment he could do next. He thought that maybe he would light one plant on fire to see if other plants in the lab would react. But then he realized that he could never do that because, by then, he had discovered that these living beings had emotions and felt pain. So he decided that he would just “make believe” he was going to light it on fire and see what happened.

You have to understand that the plants were always hooked up to monitors, 24-7, even when he was out of the lab. So after he got back and conducted the fake experiment, he looked at the read-out to collect the data. What it showed totally shocked him. He saw that the plants reacted negatively when he was in the car thinking of lighting them on fire. But when he actually performed the fake experiment, there was no reaction – they knew he wasn’t going to do it!

“The intellect has little to do on the road to discovery. There comes a leap in consciousness, call it intuition, or what you will.” And, “Mystery is the most beautiful thing we can experience. It’s the source of all true art and science.” Einstein.

Human beings are hardwired to connect. Our brains, our entire nervous systems, are designed for us to form bonds. But still, we define ourselves by our borders and boundaries: I am me; therefore, I am not you. We feel safe within our territory, though borders can be places of instability. And yet, it is at the edges, at the frontiers between us, where ideas are exchanged and knowledge is gained. I am me, but I must push past my borders if I am ever truly to know you.

During a distance healing session, a bond is created that develops a profound connection and a deep intuitive knowing.

A Distance Healing session is very much like an in-person session. You talk with your practitioner and tell her of the needs and concerns you want to address in the session. Your practitioner then leads you into a guided visualization to free your mind and body of any tension. Next, she goes into a meditative state and connects with your being, beyond space and time. The specific intention for the healing was set when you talked, and now the healer adds another general intention to restore your health, well-being and wholeness. The practitioner transmits healing energy to activate your own innate healing power. She directs that power to go where it’s most needed. And, with a quiet mind, she uses a soft focus and relaxed concentration to integrate the newly organized energy throughout the field of your body, mind, heart and soul.

The session comes to completion in its own natural time, usually in 45 minutes or so. Occasionally, it may be a little shorter or a little longer, maybe as much as an hour. By the end, you will typically have had pleasant sensations during the healing. You may have had memories or seen things in your mind’s eye, and there may be an accompanying emotional release and relief. Insights and solutions may pop into your head out of nowhere. If this happens during your session, you can trust this information to be meaningful and helpful for your healing. 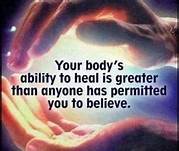 All healing comes from within. An outside force is simply a catalyst to help us sense and recognize energy vibrations – to heal ourselves. Your distance healer is such a catalyst. All you have to do is open up to the energy. In Einstein’s words, “The mind is like a parachute; it only works when it’s open.” And he gave us this encouragement: “The mind that opens to a new idea never returns to its original size.” Einstein. Mmm.

Everything is energy and that’s all there is to it. Match the frequency of the reality you want and you cannot help but get that reality. It can be no other way. This is not philosophy. This is physics. 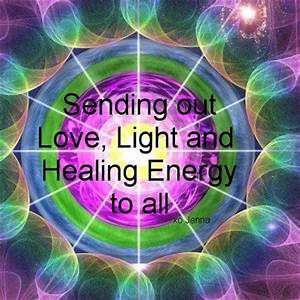